You may know that I love lit with a masters in Rhetorical Theory and Composition; and although I love to bring you fashion’s best, I love to bring you an inspiration in literature as well. Because it is from the literary classics that our fashions first embarked to form a finding favor.

When we take a look at the Fetishes and Commodities that influence a time period it reflects upon the novel. Because in a sense it is the experience and cultural didactic belief that separates ideologies into a single form of presentation: the novel. Fielding’s “Tom Jones” is a novel that encounters comedic effect and may be the preamble to modern day comics such as Woody Allen. But like Woody Allen there always seems to be deeper story imbedded between the lines of text. After all if you push all comedic sidelines aside, you develop somewhat of a compassion towards Tom Jones and the intricacies he seems to be continually entangled in. His noble heart and “bastard” label set him on journeys induced by the jealousies of his “friends,” nonetheless he is a strong character who like a Woody Allen film, concludes with a strange boggling twist.

Finding out who his real mother is after she is no longer in his life sets Tom Jones apart as a novel and an entity. Even though Tom Jones goes from one debacle to another, it is essentially a love story that leads his actions towards the single goal of impressing Sophie Western. Throughout the novel their courtship is quite funny, yet inspires the idea and importance of class structures in 18th century ideology. “The familiar instances of status inconsistency with respect to notions of nobility were complicated,” (McKeon 294) as Sophie Western’s father refused to accept Tom Jones under any circumstance as long as he remained born a bastard son.

Yet the colors changed like the autumn leaves as soon as the truth came to reveal that he was actually born to an aristocratic family. The love between Tom and Sophie was then allowed to blossom. Ascribing a high regard to literature as a model for social change serves to correct and reform humankind. Henry Fielding seems to introduce a value system lined with paradoxes of thoughts pointed to address vulnerable problems arising in 18th century symmetry of beliefs. 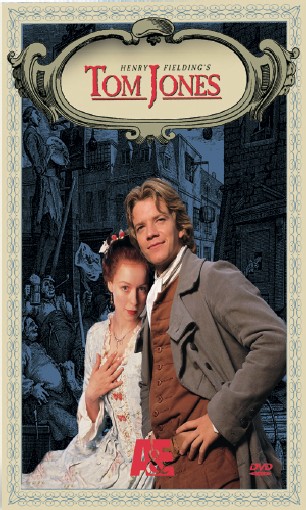 I always love to hear your novel recomendations. Let me know what you thought of Fielding’s Tom Jones or check out the movie. They’re both great!

Only a few days left before Thanksgiving, which pretty much means you have the privilege to stuff yourself silly with an overabundance of Turkey,…