The golden Globes were a time of brightly colored hues, glamorous fashion, and of course stars galore to dazzle the red carpet. The film Nine was beautifully choreographed, but the French actress won her golden globe for her role as Edith Piaf, in La Vie En Rose in 2007. The subtitled film won Marion Cotillard best actress in a movie musical. This year the Nine was up for best motion picture in a comedy or musical. 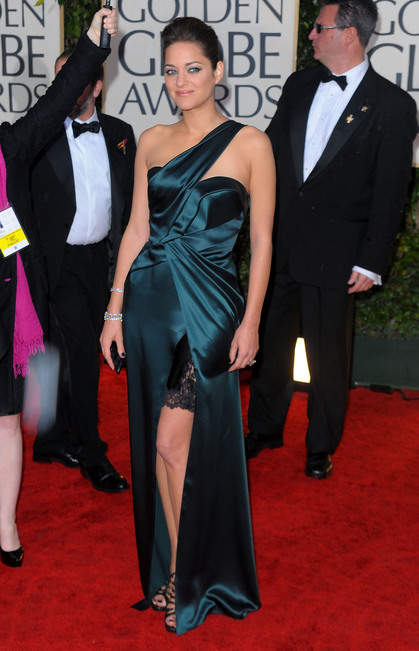 Check out Marion’s smoky eyes and sweeping up do, love the beautiful “Nine” actress definitely has style!

Cousin Cage up the boot with Christian Louboutin

It may be difficult to merely peruse over the sky high Christian Louboutin winter booties. After all the caged leather stiletto style platform boot…