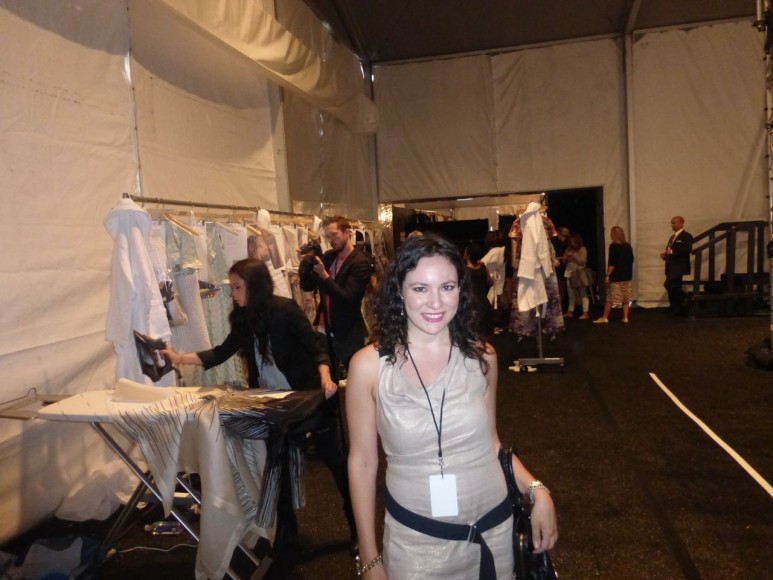 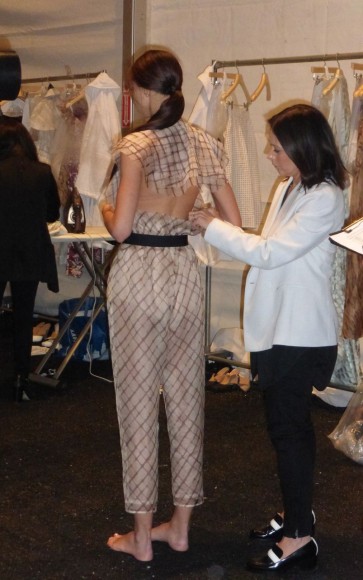 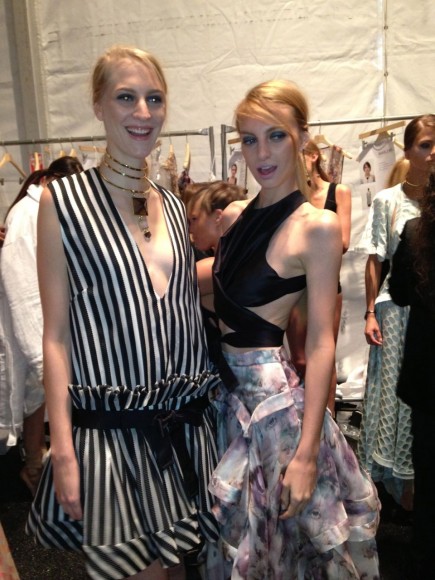 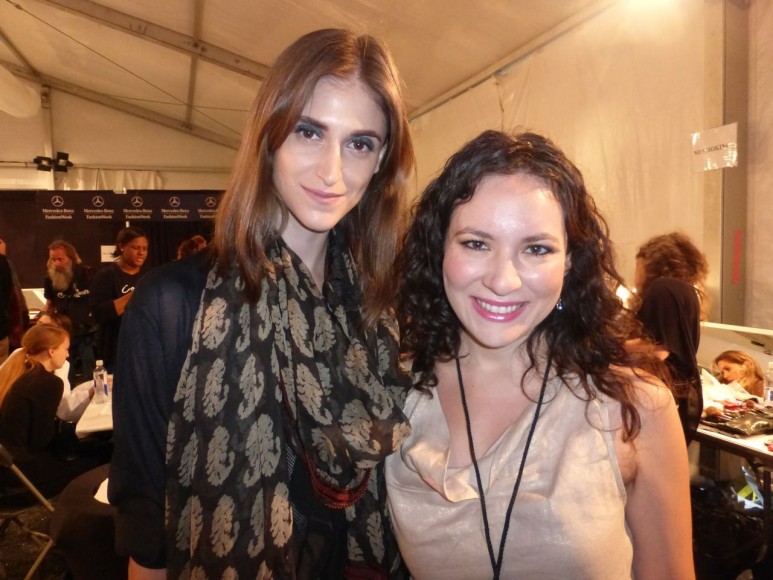 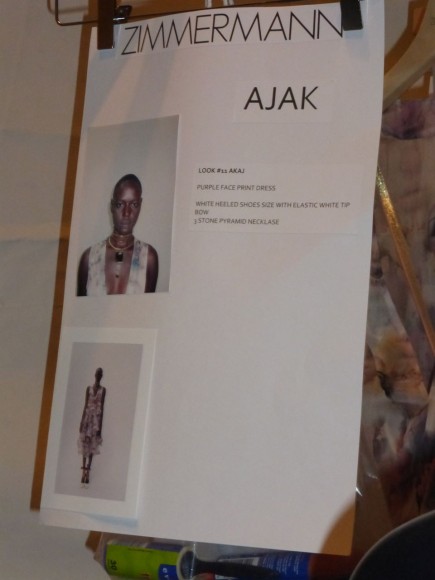 First ever New York Fashion Week Show for Zimmermann to debut the Spring 2014 collection and I was backstage. From hair to makeup, and ankle tied flat bow heels comes the swimwear and ready to wear line that marks fabrics that play on accentuating femininity.

One look at the Zimmermann collection and you’ve been transported into that little space between dreamy unexpected cutaway tailoring and a whimsical fantasy of optimism that curves to every note of the runway walk.

I started my morning backstage at Zimmermann, bright and early. The sun had yet to shine over New York city, but call time was 6:00 a.m sharp when I arrived at the tents at Lincoln Center. We quickly got model ready to debut the Spring 2014 collection.

Hair, makeup, nails, music, jewelry was perfectly prepared and executed for nothing less than a spectacular runway show that debuted Friday morning September 6 at 9:00 a.m. Impeccably cast models by Andrew Weir proved a stunner show for everyone lucky enough to catch a glimpse of the splendor that adorned the runway walk that morning.

Zimmermann show attendees quickly become transported into a daydream within a collection that is both sophisticated and sultry, yet romanticizes the notion of a modern attitude. Backstage at Zimmermann was beyond exciting; after all it was the first New York Fashion Week debut of this Australian label. 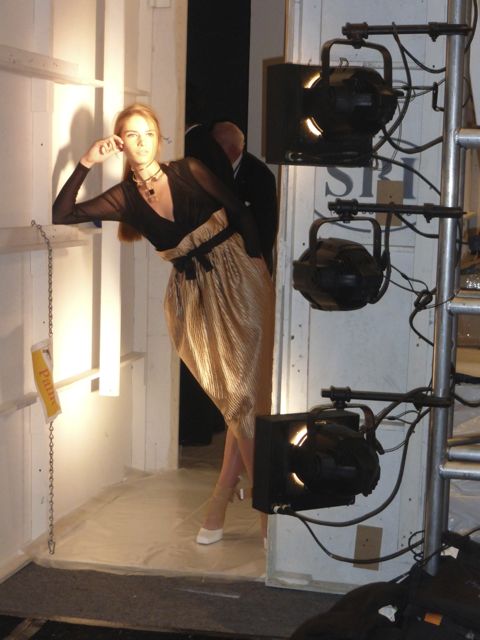 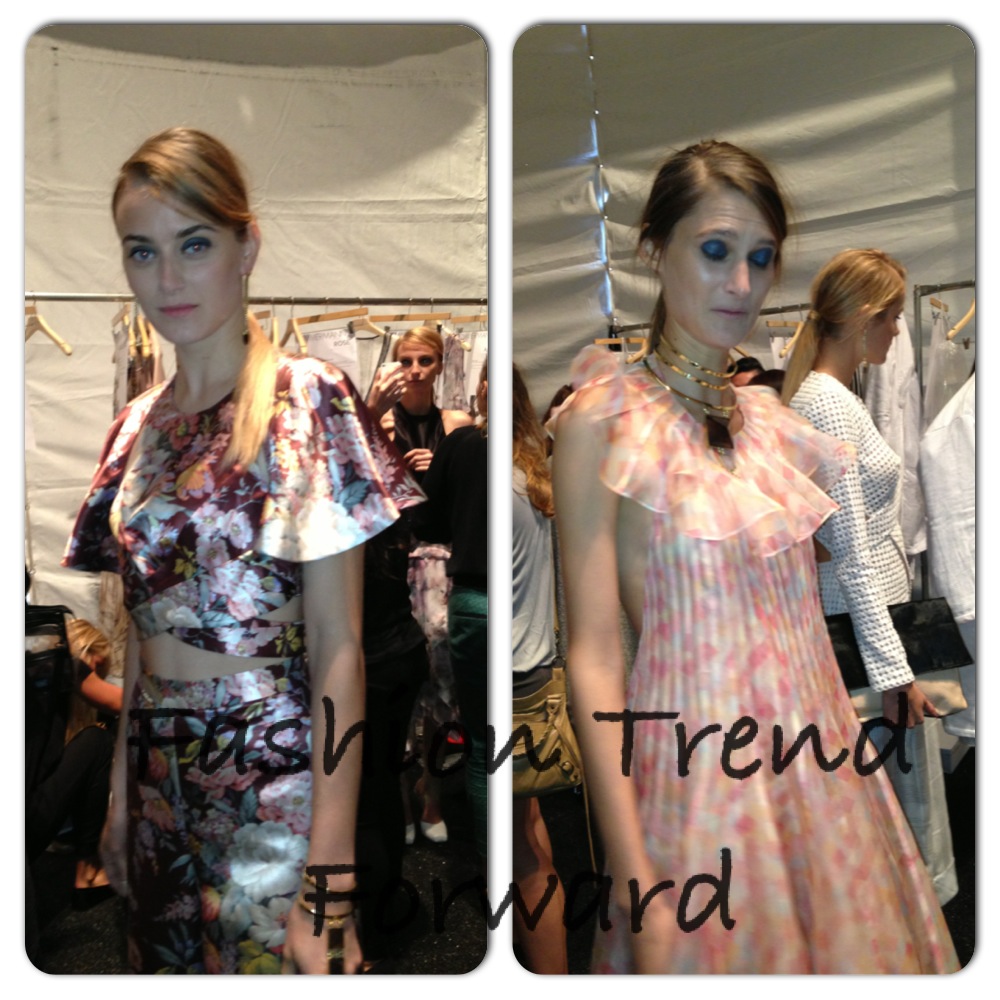 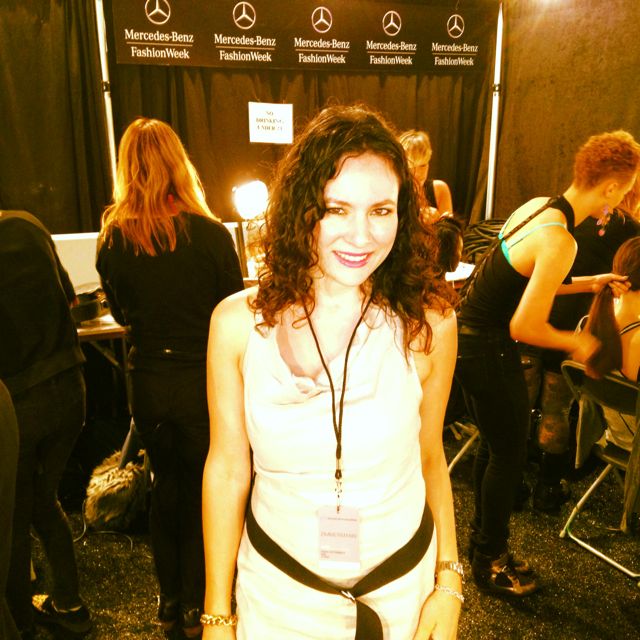 They say the grass is greener on the other side, but I say a little lace frock is anything but a simple silhouette. Has…