Sex and the City 2, a highly coveted cast of fashionistas running around Manhattan and the rest of the world continue projecting a decadence of fashions love and beauty. If you’re a Sex and The City fan, then you know what I’m talking about. Even after six seasons and a feature film we continue to be lulled by Carrie’s gown in the middle of the heated dessert. After the first film, our satisfaction between Carrie and Big’s nuptials, aka John Preston, left us with a sequel that held quite a few surprises. 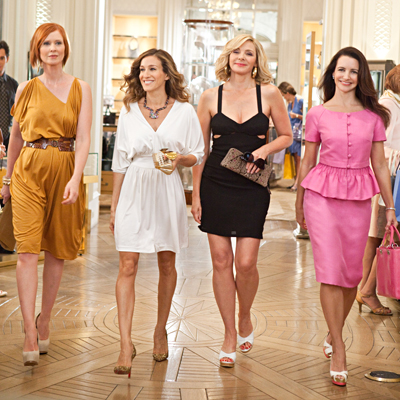 So you’ve seen the film and now your biting your nails trying to find a polish shade similar to Charlotte York’s pink suit. It may prove challenging to stay away from the bright hues summer has in store, but her pink suit comes beautifully wrapped with couture Christian Dior.

The lavish upper east side holds couture, ambiance, and a style of grace and designer duds. Sex and the City has done it again with with a dazzle of designer luxe draped over the sexy city of New York!

Navigating Through The Essentials Of Spring

There’s something so signature about spring, especially if you’re saying hello via social media. It seems like everyone is tapping into the nature of…