Entering a new decade means a new wave of Gossip Girl episodes. Fashion trend forward your way into the world of the Upper East Side’s fashion whereabouts. Today is Monday which would normally entail Gossip Girl fanatics to be parked in front of the Television waiting for the drama to unfold; but you better hold your horses lovers of Gossip Girl, because it’s taking a short hiatus until March 8, 2010.

With Serena in turmoil and Chuck and Blair up in a boil, the debarted left us undulating the episodes to come. So if you’re wondering how to dress like Serena or Blair Waldorf, wardrobe unraveling will be on our style radar, come Spring.

Meanwhile check out Blake Lively, the Manhattan socialite on the February cover of Esquire Magazine. The twenty two year old discusses how easy it is to play the beautiful Serena Van Der Woodsen, , while wearing a shortly tailored leather jacket minus the pants on the Esquire Magazine cover. 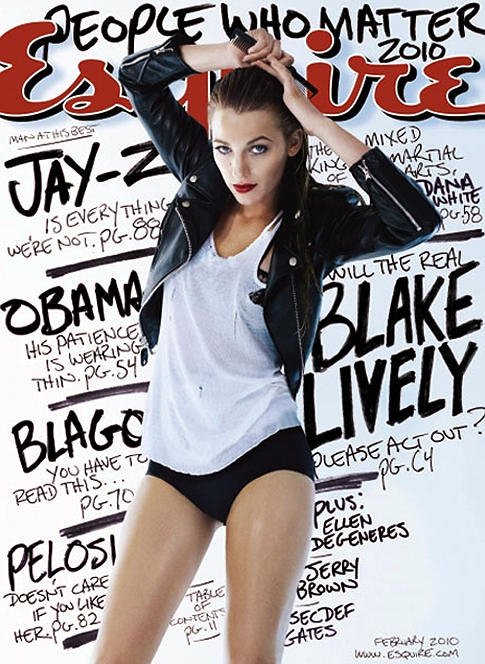 Since Serena just had a Tripp, dip into the fashionably forward Blake Lively in the February issue of Esquire. Then spring into Gossip Girl’s style file come March.

What do you think when you imagine sun, sand, and no responsibility? Go ahead and add a tan so beautiful it not only highlights…