Big Fighters, big stars, the red carpet was rolled out and celebs arrived in style for a charity night under the stars!

When it comes to trending forward, caring about health is essential to creating a vibrant atmosphere. Charity allows for a creation of a deeper branch of knowledge, which contributes to progress and being one step closer to helping a child that could potentially be tomorrow’s change. Children are the future of the world and need to be coddled and cared for; therefore on May 21st people came to the Santa Monica Pier for exactly that reason, to sustain the hope that there will be a future cure for diabetes.

Boxing legend Sugar Ray Leonard hosted the 4th Annual “Big Fighters, Big Cause” charity benefiting juvenile Diabetes. The Santa Monica pier was the primo spot for this red carpet event featuring executives, celebrities, high net worth individuals among others that have come out for a night of boxing in support of juvenile diabetes research and progress. Sugar Ray Leonard literally held the event trying to knock out diabetes with three rounds of boxing matches.

Guests at the event were served food from local eateries, drinks, and were able to bid on various items at the silent auction as well as watch a live Sugar Ray Leonard boxing match. Many celebrities attended the event including Tommy Davidson, George Lopez, Billy Bush, Robert Knepper, Adam Rodriguez, Usher, among others. Posing on the red carpet with their best boxing pose, in support of a cure!

Although there are many treatments out there to monitor and control diabetes a substantial cure has not been found. The Sugar Ray Leonard Foundation charity purpose is to facilitate research and find a cure for this disease. B Riley & Co. together with the Sugar Ray Leonard Foundation presented this prestigious event; after all feeling good is the first step to style.

It’s important to trend forward and be aware of research and progress! 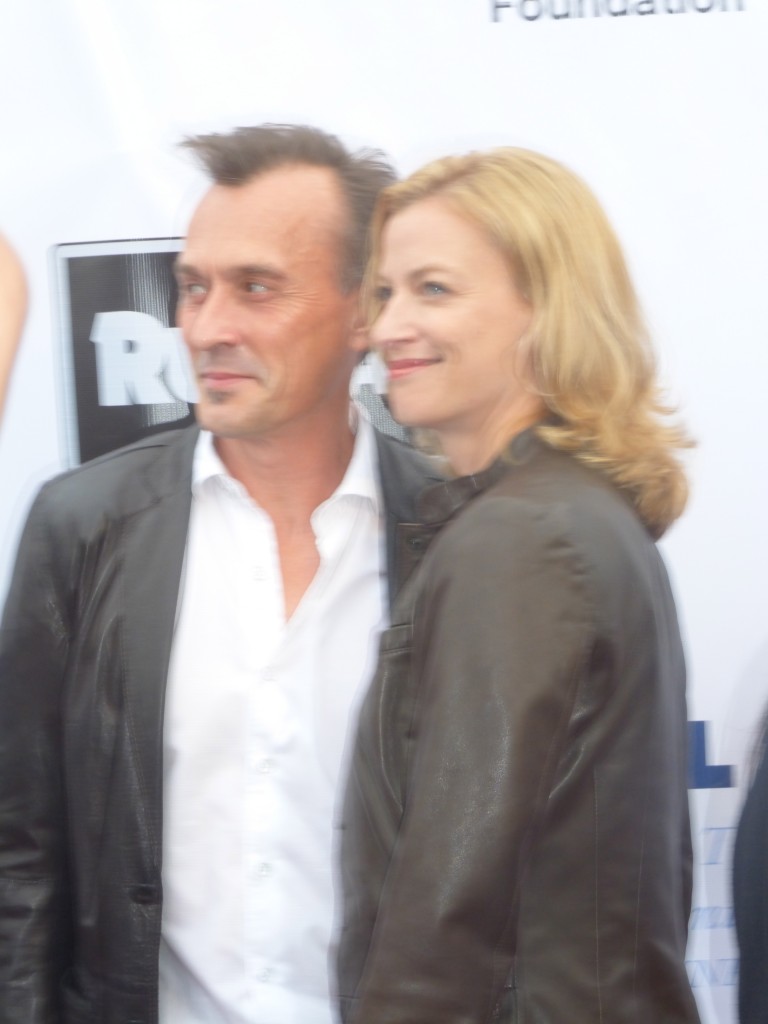 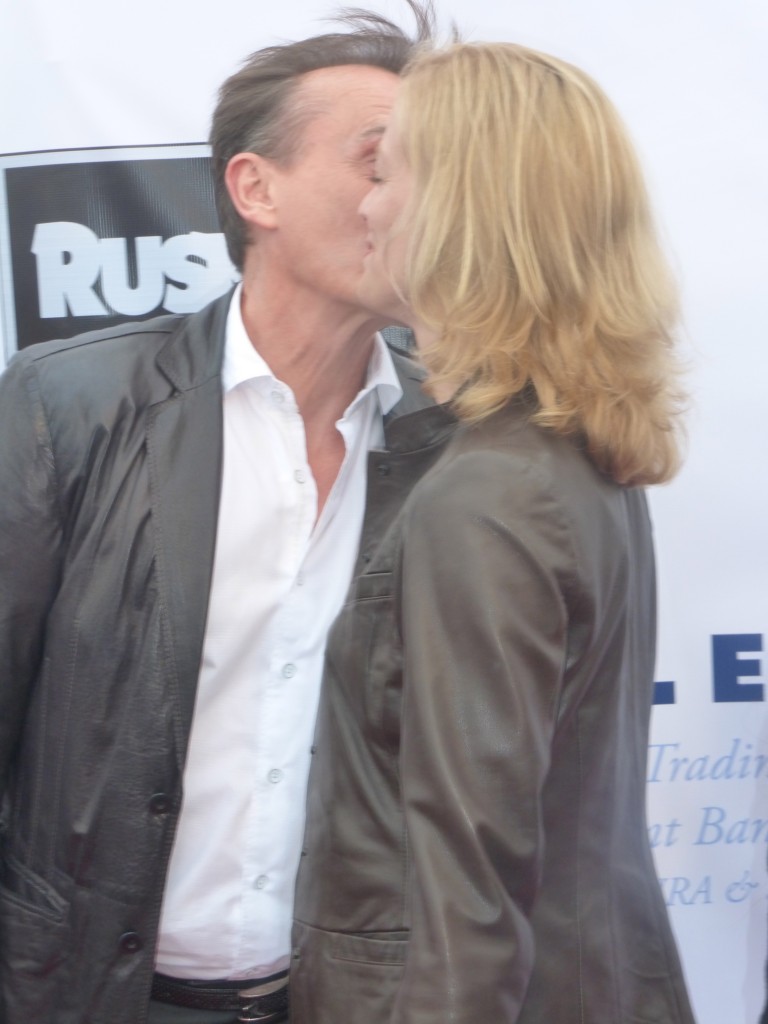 Actor Robert Knepper and his wife share a kiss on the red carpet of the Sugar Ray Leonard benefiting Juvenile Diabetes Event. 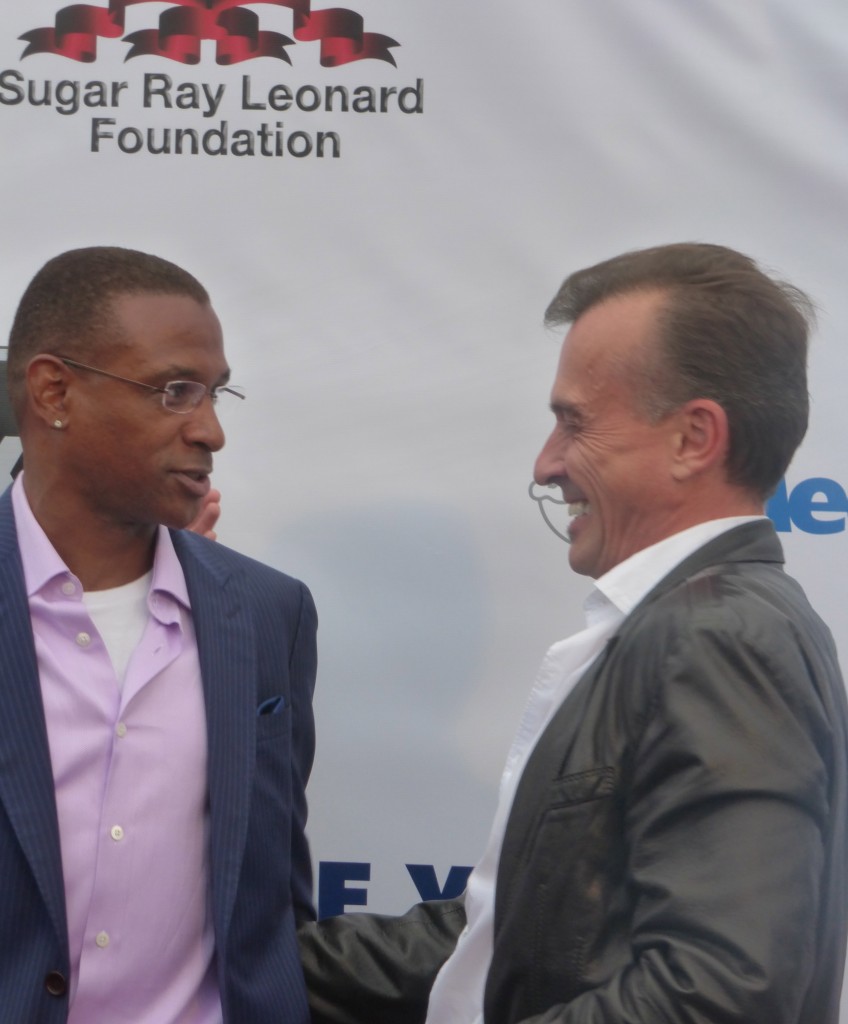 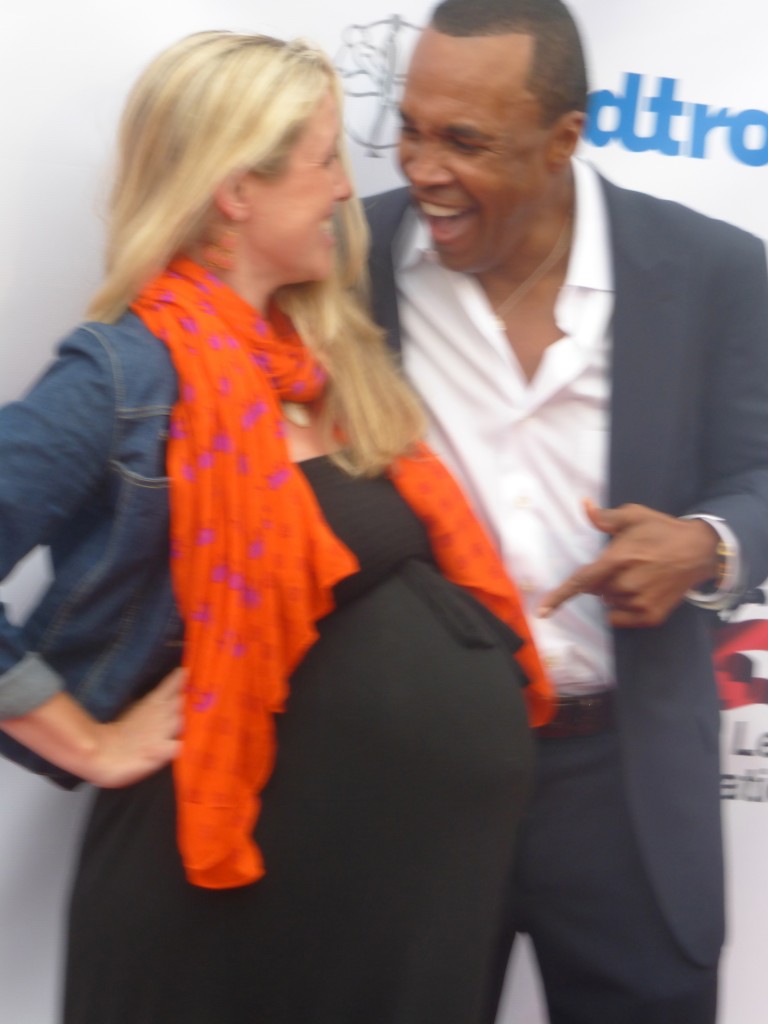 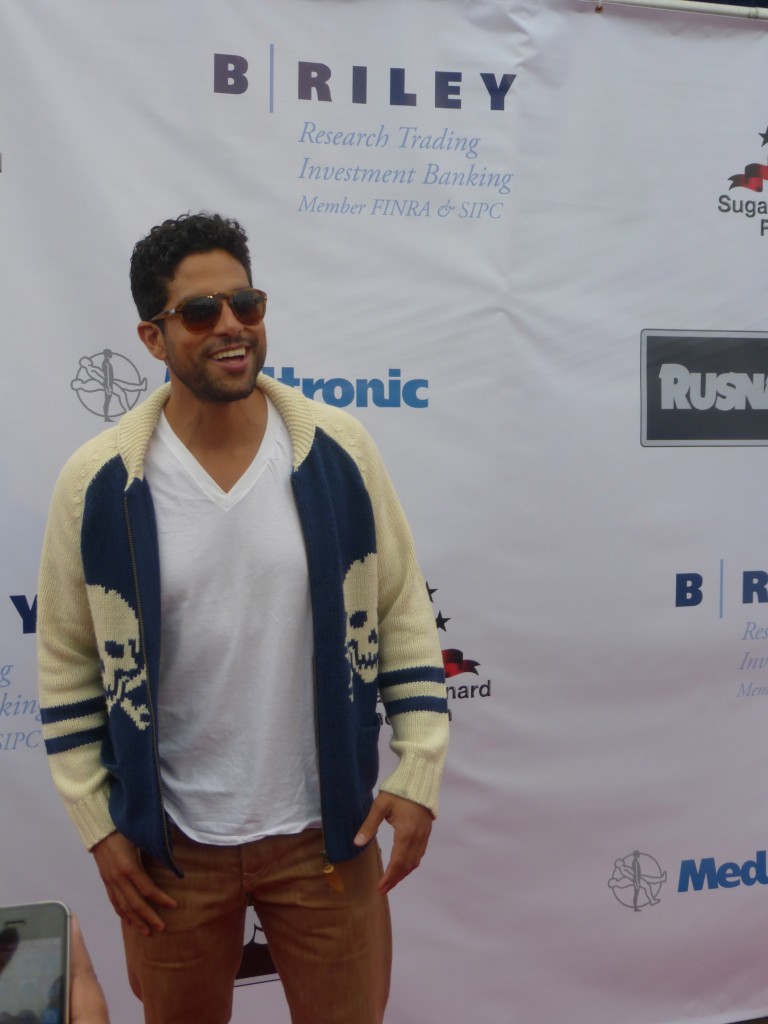 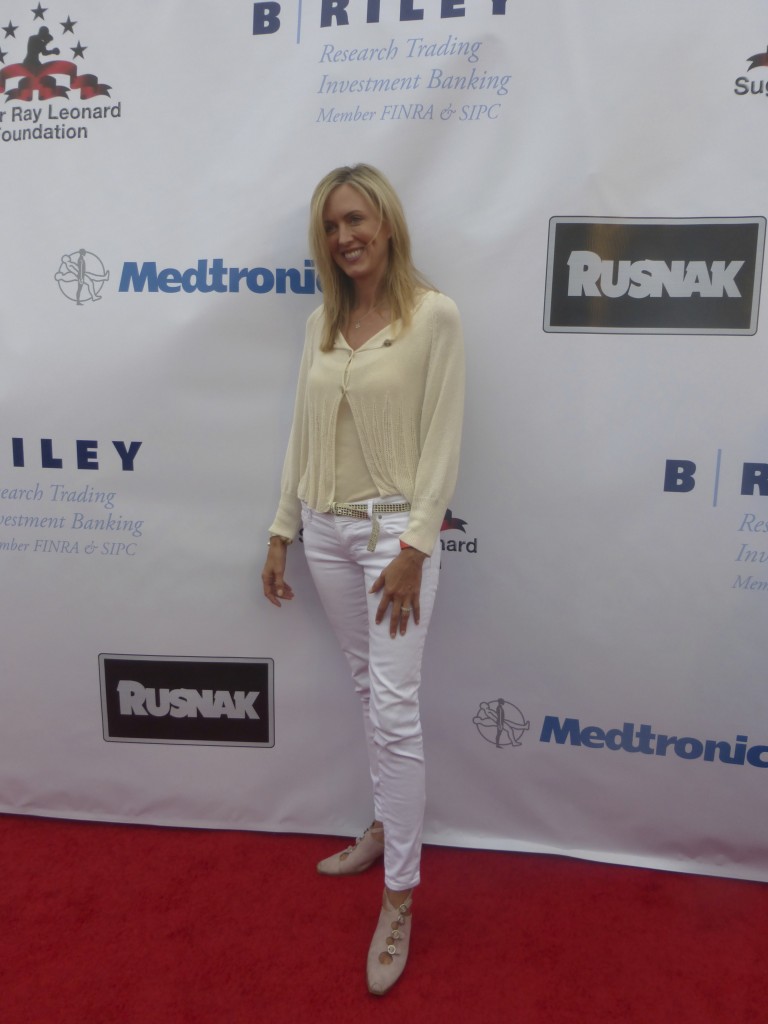 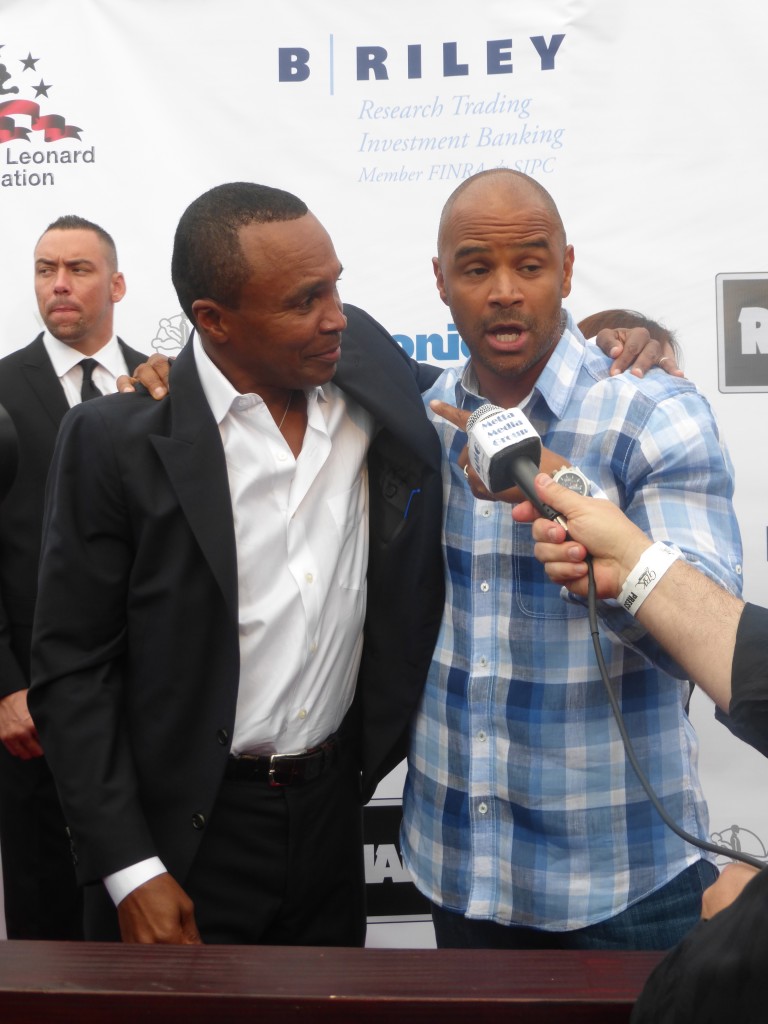 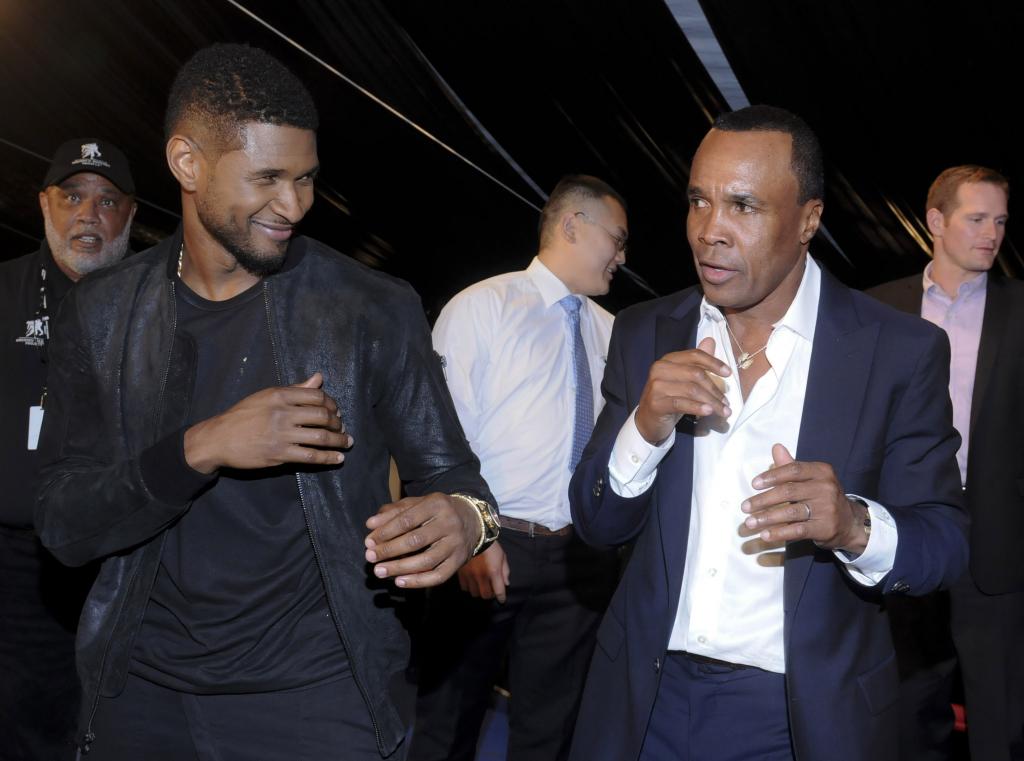 Usher and Sugar Ray Leonard Share boxing moves at the 4th Annual Big Fighters Big Cause Charity Event on May 21, 2013

Sugar Ray Leonard poses with Dondre Whitfield on the Red Carpet of the “Big Fighters, Big Cause” charity fight night to benefit the Sugar Ray Leonard Foundation: finding a cure for juvenile diabetes!

Dancing in the Rain in San Sebastian Wearing Black Balenciaga